The Mysterious World of the Human Genome
Author: Frank Ryan

As a clinician and an evolutionary biologist, the author of this book was well-placed to bring together the academic and clinical dimensions of genetics to paint a detailed picture of the human genome. He prises open the human genome to reveal the structure and function of its component parts, and how they have evolved under the influence of viruses and other environmental factors. The book also offers in-depth accounts of the historical and scientific landmarks in the journey to unravel the genome, an expedition characterised by incredible breakthroughs and exciting concepts which have significant implications for human society. The exhaustive book covers the gamut of relevant themes, from human reproduction and forensic science, to population genetics and paleogenetics, and it brims with illuminating biographical sketches of the players that defined the genome. 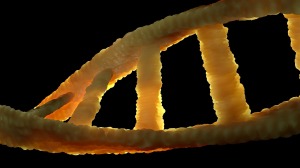 A major theme of the book is its detailed historical account of the players who contributed to painting the full portrait of the human genome. In tracing the origins of modern genetics, the author highlighted the observation by bacteriologists J.A. Arkwright and Frederick Griffith that shigella and pneumococci can transform from virulent to non-virulent forms, and how they attributed this to the existence of undefined transmissible substances. The author noted that it was the microbiologist Oswald Avery, to whom the author dedicated his book, who inferred that the ‘transforming agent‘ was a nucleic acid – a chemical substance that had previously been discovered by the biochemist Johann Miescher. Avery’s theory however ran against the existing paradigm, stridently advocated by his adversary Alfred Mirsky, that the transforming agent was a protein. The author detailed the gruelling research, carried out by Avery, Colin MacLeod, and Maclyn McCarty, which established that the transforming agent was indeed DNA. The issue was however only definitely settled in favour of Avery by the research carried out by Alfred Hershey and Martha Chase; they used radioactively labelled phages in what the author lauded as an ‘ingenious experiment‘, which however did not earn them the Nobel Prize he believed they righty deserved (pages 12-17 and 21-29).

The book also detailed the history of genetics after the process of genetic transmission was understood. In this thrilling account, the author highlighted the imaginative scientists and fascinating discoveries that advanced the field of genetics. The author, for example, detailed the intriguing discovery of the double-helical structure of DNA by the collaboration of Francis Crick and James Watson – ‘one of the most famous relationships in scientific history’. Describing the competitive nature of the race to define DNA, the book portrayed the great chemist Linus Pauling as the front-runner, and Rosalind Franklin and Maurice Wilkins, whose works were invaluable to Crick and Watson. The book also emphasised the less recognised contribution of Erwin Chargaff to this breakthrough. Similarly entrancing genetic stories included those of Nobel prize winners Salvador Luria, Max Delbruck, and Alfred Hershey who recognised that viruses infect and insert their genetic material into bacteria; of George Beadle and Edward Tatum who established the link between genes and protein synthesis; of Marshall Nirenberg, Gobind Khorana, and Severo Ochoa who unravelled the DNA triplet genetic code for amino acids; and of Andre Lwoff, Jacques Monod, and Francois Jacob who discovered the DNA regulatory mechanisms which activate and suppress protein synthesis. Other exciting breakthroughs were the innovation of DNA sequencing by Frederick Sanger, and the experiments of Thomas Hunt Morgan, Barbara McClintock, and Hermann Muller which defined genetic mutations (pages 40-101, 121 and 131-140).

Of contemporary relevance is the book’s very illuminating exploration of the history of the human genome project, the initiative that was set up to map the whole human genome. The author noted that the scheme was initially headed by James Watson, but because he disagreed with Bernadine Healy, the head of the National institutes of Health, he was replaced by the ‘more diplomatically savvy‘ Francis Collins. Even as the book portrayed the tight collaboration that the venture required to map the genome, it also described the intense competition that almost marred it, referring specifically in this case to the role played by Craig Venter of Celera Genomics. In reporting the results of the project, the author especially noted the ‘astonishing‘ observation that the human genome contained only about 20,000 protein coding genes – far less than the predicted 100,000; this, the author pointed out, is only about twice the number of genes in the genome of the nematode, a worm with which we have about 2,000 genes in common. To explain this surprising discrepancy, the author referred to the concept of ‘alternative splicing‘, by which one gene is able to code for more than one protein. Other interesting details about the human genome the book spotlighted include the fact that the X chromosome has 2000 genes which have no role in sexuality, and that 99% of the human genome is identical to the Neanderthal genome (pages 126-127, 130-135, 189 and 260).

A theme that is central to the author’s own research is the remarkable concept of evolutionary symbiosis – how microbial genes have influenced the evolution of the human genome. This narrative particularly demonstrated how, over millennia, viruses have repeatedly inserted their genetic material into the human genome by making use of reverse transcriptase – the enzyme which also enables retroviruses such as HIV to infect immune cells. Referring to these as endogenous retroviruses (ERVs) – viral genes which have ‘invaded’ the genome over time – the book pointed out that there are 30-50 families of the human form, HERVs, and the most recent human family is HERV-K. It is fascinating to learn that the HERVs, along with other viral-sourced genes, account for a massive 45% of the human genome, and that they play important roles in essential physiological functions; ERVWE1 and HERV-FRD for example code for syncytin-1 and syncytin-2 respectively – proteins which coordinate human placentation. Apart from viruses, the book also revealed the colonisation of the human genome by bacterial genes, particularly noting that the 37 human mitochondrial genes, and about 300 nuclear genes, have bacterial origins (pages 152-171).

To demonstrate how our understanding of the human genome influences society as a whole, the book referred prominently to the science of population genetics. In this regard, it reviewed how mitochondrial genetics have been applied to broadly classify humanity into two haplogroups. The book further explored the role of mitochondrial genetics in tracking down the pedigree of modern humans to Mitochondrial Eve, our last common ancestor, who the author noted was probably a woman of the San people of Southern Africa. The author also demonstrated how population genetics has helped to identify ‘Y-chromosome Adam‘ – the ‘earliest detectable common male ancestor‘ who also turns out to be of African origin; this feat, he noted, was achieved by tracking the passage of the male specific region (MSR) of the Y chromosome down the male lineage. Other similarly inspired applications of the human genome the book covered included palaeogenetics – with reference to the geneticist Svante Paabo, and DNA fingerprinting – with reference to the geneticist Alec Jeffreys. The book also discussed the influence of epigenetic mechanisms on such traits as obesity and cancer (pages 214-220, 175-179, 243-270 and 285-287).

Even though the book did not cover some related topics, such as genetic engineering, the coverage of the genome is otherwise exhaustive, and done in a very succinct style. The book’s historical approach to genetics not only brings the major actors to life, but it also puts their breakthroughs in perspective. Some of the themes, for example the chapter titled ‘The Great Wilderness of Prehistory’, were rather speculative, but they provided important insights into the future potential of the human genome. The information in the book is otherwise factual and instructive, and the prose is simple and conversational. The biographies and interesting anecdotes also greatly enhanced the book’s quality.

An understanding of the genome has significant implications to healthcare, and this book has brought together the diverse elements that constitute the genome, and discussed them in their proper contexts. The book reveals exciting discoveries about the origins, the structure, and the function of genes, specifically outlining their social and healthcare implications. The book is detailed and informative, and I highly recommend it to all doctors.