In symbolising epigenetics as a revolution, this book has picked a most appropriate metaphor to depict what it regards as ‘the missing link between nature and nurture‘. The subject is the intricate process of gene regulation which the book characterised variously as a ‘whole new model‘, and as ‘a paradigm shift in biology’. It is an enlightening exploration of the hugely influential epigenetic mechanisms which account for a massive 98% of the human genome, and which are capable of switching genes on and off without changing the genetic material itself. The author, a biologist,  portrays how several elaborate genetic modifications control the output of protein synthesis and thereby influence not just health and disease, but, at an evolutionary scale, determine the complexity of organisms and their capacity for higher cognition. In her comprehensive approach to the topic, she also discussed the environmental triggers for epigenetic changes – from child abuse to maternal malnutrition to recreational drugs – and in the process she demonstrated how these may lead to life-long genetic adjustments that could even be passed on to subsequent generations (pages 3-8, 179-187, 191-194 and 50-56).

A fundamental feature of the book is its review of the epigenetic modifications that drive epigenetic changes. In this regard, one of the most important modifications the book examined is DNA methylation – the process whereby enzymes collectively called epigenetic writers add a methyl group to the DNA base cytosine. In explaining how this process works, the author referred to Adrian Bird, ‘the godfather of DNA methylation’, whose work showed that methylated DNA switches off genes by binding to the methylation reader protein called MeCP2. Another equally important epigenetic mechanism the book explored is histone modification, a process whereby the acetylation or methylation of lysine may enhance or reduce gene expression. Other epigenetic modifications that feature in the book included the pre- and post-transcriptional regulation of gene expression by long and small non-coding RNAs (ncRNAs). The author underscored the significance of all these processes when she pointed out that their dysfunction may lead to diseases such as Rett syndrome, Kabuki syndrome, Tourette’s syndrome, DiGeorge syndrome, and chronic lymphocytic leukaemia. The book also covered the epigenetic implications of several phenomena and diseases such as twinning, childhood trauma, depression, and dementia (pages 56-81, 189-201 and 236-259.

Of the various concepts the book discussed, the process of imprinting, the ‘parent-of-origin effect‘, was undoubtedly one of the most fascinating. Describing this as the epigenetic mechanism by which chromosomes in a developing foetus are marked by their maternal or paternal origin, the book stressed the uniqueness of this mechanism whereby all epigenetic modifications on the egg and sperm are re-programmed at conception. The author emphasised the importance of this process when she highlighted the intriguingly antagonistic roles the paternal and maternal genes play during reproduction; for example, she noted that the paternal genes favour the development of a healthy foetus, whilst the maternal genes work to ensure the mother’s health and survival –  a situation the author epitomised as ‘a finely poised stalemate‘. The book also discussed the clinical consequences of imprinting especially with the examples of Prader Willi and Angelman syndromes – two disorders arising from the same deletion in chromosome 15 but which manifest differently depending on which imprinted gene is affected; a similar mechanism gives rise to Beckwith-Weidemann and Silver-Russell syndromes which are both caused by mutations in the IGF2 gene (pages 124-126 and 131-139).

An equally compelling theme the book explored is that of lyonization, a mechanism first described by Mary Lyon, in which one of the pair of X chromosomes in the cells of the female foetus is randomly inactivated. Representing lyonization as ‘the epigenetic phenomenon par excellence‘, the author explained that it not only makes all females epigenetic mosaics of active and inactive X chromosomes, it is also the mechanism which ensures that both males and females express the same number of X chromosomes – a concept known as dosage compensation. And in describing how the mechanism actually transpires, the author paints the remarkable picture of ‘a kind of creeping epigenetic paralysis‘ in which Xist, a region in the X inactivation centre, transcribes a non-coding RNA (ncRNA) which then binds and inactivates its parent chromosome. The author also explored the clinical implications of X chromosome inactivation, observing that it is the reason X-linked genetic disorders do not manifest in cells in which the mutated X chromosome has been randomly inactivated, further illustrating this with examples such as X-linked hypohidrotic dysplasia which only affects the skin in patches (pages 156-167 and 171-172). 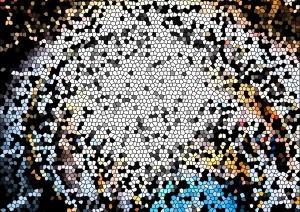 Throughout the book, the author highlighted the therapeutic potentials of epigenetics, especially emphasising its promise at what she called ‘the epigenetic frontier‘ of cancer. In this regard, the author traced the birth of the field to Peter Jones, – ‘the founding father of epigenetic treatments for cancer’ – who demonstrated that the anti-cancer drug 5-azacytidine works by inhibiting DNA methylation. Building on this, the author examined the whole concept of the epigenetic inactivation of tumour suppressor genes, a process that predisposes to malignancies such as renal, breast and colon cancer. In her detailed exploration of this topic, she also discussed emerging treatments such as histone deacetylase (HDAC) and DNA merhyltransferase (DNMT) inhibitors, which are especially effective against haematological cancers, as well as gene activation therapy, which has successfully reversed the MeCP2 genetic mutation in mouse models of Rett syndrome. The author pointed out that this, along with other similarly promising epigenetic therapies such as miRNA inhibitors and small interfering RNAs (siRNAs), ‘offers hope that maybe we can start to develop therapies to reverse conditions as complex as mental retardation‘ (pages 206-230 and 56-64).

Greatly enhancing the book are its engaging historical anecdotes which highlighted the groundbreaking experiments and the outstanding researchers who defined the field of epigenetics. In this narrative, the author emphasised the pioneering somatic cell nuclear transfer work of Nobel prize winner John Gurdon who, by successfully reversing the adult cells of the African clawed frog, demonstrated that adult cells can be induced to go back up the so-called Waddington’s epigenetic landscape, and thereby revert to their original pluripotent or embryonic stem cell states. Similarly impressive is the author’s account of how Nobel prize winner Shinya Yamanaka discovered that a combination of 4 pluripotency genes – Oct4, Sox2, Klf4, and c-Myc – were sufficient to revert adult mouse embryonic fibroblasts into induced pluripotent stem cells. The author explored the potential benefits of this technology, such as the promise of providing an inexhaustible supply of red cells for blood transfusion. Other historical references in the book include the genetic underpinnings of the Dutch Hunger Winter in which the effect of starvation caused by the Nazi blockade of the Netherlands during World War 2 manifested generations later as increased health risks such as obesity and schizophrenia. In exploring this trans-generational inheritance, the author referred to it as a possible example of the hitherto discredited concept of Larmakian inheritance of acquired traits (pages 15-17, 29-41, 90-93 and 102-103).

The concepts discussed in this book are both intriguing and enlightening, revealing as they do an important field of genetics. The content not only enhances the understanding of many unusual inherited diseases, it also highlights the vistas opening up for the treatment of even the most complex genetic disorders. The novel and complex ideas the book explores are perhaps too detailed for the average lay reader, but the author’s clear prose, and her liberal use of diagrams, made the material reasonably accessible. Apart from a tendency to flatter and even fawn over the experts who defined the field of epigenetics, there is very little to criticise about this excellent book.

This book is a detailed, and in many places quite academic, perspective on an important concept. The author discussed a broad range of epigenetic phenomena in great depth thereby providing the reader with a panoramic understanding of what is clearly an emerging and important field. The author lucidly elucidated the various epigenetic mechanisms, clearly explaining their physiological and clinical implications. The book does an excellent job of publicising the profound implications of epigenetics to health and society, and I recommend it to all doctors.