This book is a lively and exciting exploration of the inspiring history, and the contemporary relevance, of genetics. In charting the epoch-making landmarks of the field, the author described such inspirational breakthroughs as the unravelling of the genetic code, and the elucidation of the process of protein synthesis – the ‘central dogma of molecular biology’. With a panoramic perspective, the author covered a miscellany of scientific concepts, from sexual selection and race, to paleogenetics and Neanderthal genomes. He also extracted the significant implications of genetics to society inherent in such topics as the African origins of the human race, and the impact of genetic variation on life outcomes. The book is also a commentary on the genetic consequences of human folly as eloquently illustrated by the human mutations that emerged after the atomic bombing of Hiroshima and Nagasaki at the end of World War II. Narrated with journalistic flair and gripping prose, the result is a truly kaleidoscopic picture of the ubiquitous and influential power of the gene (pages 15, 82-87, 263-367, 274-277, 323-324, 422-426 and 87-92). 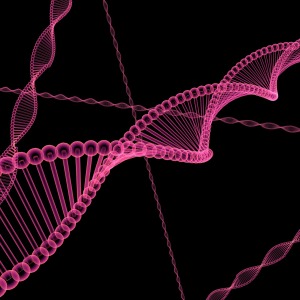 At the heart of the book is the fascinating history of genetics and how it has ‘revitalized every field in biology and remade the very study of human beings‘. In chronicling the birth of the field, the author focused particularly on two of its earliest pioneers, both of whom regretfully ‘died obscure, mostly unmourned’. The first trailblazer, Gregor Mendel, is the monk the author portrayed as a man who was prone to nervous breakdowns, but who nevertheless succeeded with his pea experiments to put genetics ‘on solid quantitative footing’. The author noted that Mendel’s research demonstrated for the first time the existence of dominant and recessive transmission of traits, but that his opportunity to ‘burnish his scientific reputation largely evaporated’ after he was made an abbot by his monastery. The author also pointed out that Mendel’s now-classic paper on inheritance was ignored for decades; cited only about a dozen times in the thirty-five years after his death, it was however eventually resurrected from obscurity by William Bateson, the biologist who designated the emerging field ‘genetics’. With regard to the second pathfinder, Friedrich Miescher, the author credited him with being the first to extract DNA, from pus and salmon sperm, and for naming it nuclein. Even though the book portrayed Miescher as a man who lacked charisma and possessed ‘an aloof, even frosty demeanour’, it nonetheless acknowledged that he had the boldness to assert that DNA was the agent of heredity at a time when most scientists thought that epithet belonged to proteins (pages 16 and 38-54).

In his riveting narrative of the major breakthroughs that exploded the field of genetics, the author emphasised the early mutation studies of the fruit fly drosophila carried out by Thomas Hunt Morgan and his ‘brilliant’ assistants – the colour blind Alfred Sturtevant, and the playboy Calvin Bridges. The book described how Morgan, inspired by the plant mutation evolution theory of botanist Hugo de Vries, opened up the field by successfully ‘weaving genetics and evolution together into the grand tapestry of modern biology’. With detailed and revealing story-telling, the author described Morgan’s gene-based model of heredity, and followed this up with uplifting anecdotes of the fly geneticists who worked with him, people like Hermann Muller who used radiation to increase fly mutation rates 250 times. Another watershed achievement the author highlighted was the elucidation, by Francis Crick and James Watson, of the structure of DNA. A remarkable feat, the author yet pointed out that it relied heavily on the insights of other scientists; for example, Watson and Crick depended on biochemist Erwin Chargaff‘s ultraviolet analysis which showed that DNA consisted of an equal ratio of adenine to thymidine, and of cytosine to guanine. Because this information finally enabled them to realise the true nature of DNA base pairing, the author referred to Chargaff’s finding as ‘the last clue‘ (pages 52-75 and 131-132).

The exceptional elegance of the experiments that resolved the mysteries of DNA was a feature that stood out throughout the book. Perhaps the most symbolic of the brilliant studies the book depicted was the one executed by virologists Alfred Hershey and Martha Chase, an outstanding work that definitively established that genes, and not proteins, transmit genetic information. The author detailed how Hershey and Chase tagged one set of viruses with radioactive phosphorus, which only binds DNA, and tagged a second group of viruses with radioactive sulphur, which only binds protein; and what they found was that only the phosphorus tagged genetic material was passed on during viral replication. Another  exquisite experiment the author highlighted was that carried out by Lynn Marguilis in which she demonstrated the bacterial origins of human mitochondrial DNA, the result of endosymbiosis – the invasion by an organism which settles in to live cooperatively with its host. Amongst the other discerning experiments the book reviewed, that of Barbara McClintock on maize also stood out for proving the existence of transposons or jumping genes, and for confirming that ‘chromosomes physically exchange segments’ (pages 81, 134-135 and 143-146).

The significant contribution of pathogens to the structure and function of genes is one of the most revealing themes of the book. In this regard, the author explored the implications of the large viral origin of human DNA, constituting 8% of the human genome – four times the 2% of the DNA that is actually of human origin. Noting that ‘viruses and virus-like particles have been tinkering with animal DNA since forever’, the author described how, over eons, retroviruses have ‘colonised our genome in waves‘. He however also documented the evolutionary advantages of this curious phenomenon, pointing out that viral genes play critical roles in such functions as the formation of the placenta, ‘fighting off other infections‘, and providing ‘important regulatory DNA‘. Contrastingly, the book also highlighted the sinister side of human genome invasion by viruses, particularly their role in causing cancer – an observation that was first made by Francis Peyton Rous when he demonstrated the transmissibility of chicken sarcoma. Beside viruses, the book noted that other organisms also influence the human genome; perhaps the most curious of these is how the parasite that causes toxoplasmosis takes over the dopamine producing genes of its human host, thereby driving the human host to compulsively associate with the parasite’s natural host – the omnipresent cat (pages 183-186, 196, 286, 177-178 and 191-194).

The role of genetics in popular culture was a theme the book explored to great effect, and this was evident in the book’s title which refers to the ‘freakishly flexible‘ and ‘deceptively strong‘ fingers of violinist Niccolo Paganini. Portraying Paganini as probably ‘the greatest violinist ever’, the author argued that his musical genius is the result of Ehlers Danlos syndrome, a genetic disorder characterised by long fingers. The book further explored Paganini’s rather colourful life which was defined, for example, by excessive gambling and ‘a truly capricious appetite for fornication‘. Other similarly interesting but speculative retrodiagnoses of famous figures included porphyria for King George III, and Marfan’s syndrome for Abraham Lincoln. Other stories with genetic connotations the author used to embellish the book included how consanguineous marriages perpetuated the Habsburg jaw of the historical Spanish royal family, and how Y chromosome analysis was used to confirm Thomas Jefferson‘s paternity of a child he had with his slave, Sally Hemmings (pages 17, 316-326 and 341-351).

This approach to heredity explores profound genetics concepts even though its tone was light-hearted, and its stories humorous. The author, a non-geneticist, was able to convey the human dimension of the subject even as he highlighted the deep academic ideas underlying them. He successfully drew out the far-reaching implications of genetics on health and society just as he traced the origins of our understanding of the subject. Event though many of the stories were rather drawn out and slightly sensationalised, this did not minimise the significance of the themes the author reviewed. The book’s informal approach, and its perhaps deliberately disjointed text, went a long way to make it an accessible book.

The genetic ideas the book explores have historical value and significance to healthcare. The academic and cultural contexts of genetics were very well-researched, and the book identified the relevant healthcare implications of genetics. The conversational and humorous narration helped to illustrate the book’s lessons. It is a well-written and informative book and I recommend it to all doctors.