This book is an insider’s perspective of science directed at anyone considering a career in research. The book explored what science entails, outlining the discipline it requires and the benefits it confers. The author promoted the countless advantages of a scientific career, ranging from the ‘daily satisfaction from what you are doing’ to the promise of gaining ‘the esteem of people you respect’. He also prescribed numerous recommendations covering such themes as how to choose a research field and how to perform worthwhile research. The book’s contents are sufficiently broad and comprehensive enough to apply to all fields of scientific endeavour including healthcare (page 80). 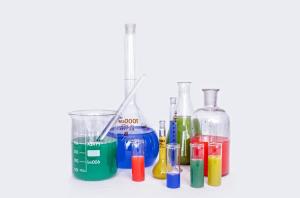 A key subject the book addresses relates to the factors that young scientists must consider before choosing their field of study. Whilst the author recommends prospective scientists to select research subjects which they find interesting, he nevertheless emphasised that it is wise to choose a field that is ‘sparsely populated‘; this, he argues, will not only give them ‘a chance to break away‘ and chart their own scientific path in which they will become the leaders’, but these unexplored fields are also where ‘the quickest advances are likely to occur’. It is relevant that author referred to these areas as the ‘frontier of scientific knowledge‘ and as ‘the cutting edge‘, and also as the ‘vast unexplored regions‘ which are ‘reached with maps drawn by earlier investigators’, and in which the young scientist ‘should settle‘. Conversely, he cautioned against the attraction of domains that are already packed by ‘prizewinners who receive large grants‘ because these areas are ‘already receiving a great deal of attention‘, and because they are turfs where the ‘established experts‘ are ‘conspicuously competing with one another’.

Some of the most practical prescriptions the author makes are on how to ‘think creatively‘ in the pursuit of scientific endeavours. On his observation that ‘innovators in both literature and science are basically dreamers and storytellers‘, the author recommended the practice of visual imagery – a habit which he said ‘will bring you close to the heart of the scientific enterprise‘. Expanding on this creative style, the author urged young scientists to ‘daydream a lot‘; to ‘indulge in fantasy about science’; and to ‘make talking to yourself silently a relaxing pastime’. He particularly urged the scientist to be open-minded and to pursue ‘any possible phenomenon remaining in the great unknown‘. With these considerations in mind, the author counselled the young scientist to choose as a research setting ‘an institution that encourages original research and rewards you for it’ (pages 67-82 and 44-45).

Amongst the most insightful observations in the book are those elucidating the personality traits that facilitate success in science. The author particularly noted that extraordinary intelligence is not a prerequisite for research, noting rather counterintuitively that ‘in most fields most of the time, extreme brightness may be a detriment’. Clarifying this, he pointed out that ‘the ideal scientist is smart only to an intermediate degree: bright enough to see what can be done but not so bright as to become bored doing it’. He expanded further on this when he asserted that ‘accomplishments…are achieved more by entrepreneurship and hard work than by native intelligence‘. With regard to the difficult nature of scientific work, the author dispassionately highlighted the importance of the several key traits such as ‘commitment to a subject’; ‘the willingness to try something daunting you’ve imagined doing and no one else has thought or dared’; and the ‘ability to pass long hours in study and research with pleasure even though some of the effort will inevitably lead to dead ends‘. Other favourable characteristics the author advocated are resilience; ‘courage…born of self-confidence’; fearlessness of authority; and a willingness to take risks (page 147-149 and 78-83).

The book made many suggestions on the practical aspects of performing research. In this regard, the author advanced the benefits of collaborative research, pointing out that ‘the great scientist who works for himself in a hidden laboratory‘ does not exist. Before proceeding on any laboratory work, the author advised the young scientist to prepare meticulously, starting with rigorous ‘reading and citing‘ of the literature. For inaugural research projects, the author recommended young scientists to consider doing ‘quick uncontrolled experiments‘ because they ‘are very productive‘. For subsequent research however, he urged the scientist to focus on ‘original discoveries‘ because these are ‘what count the most’. In establishing a lasting research career, he specifically cautioned the young scientist not to ‘linger too long ‘ or ‘build a career‘ on any one technology. The author also reviewed the challenges that all types of research work throw up, for which he offered many cautionary exhortation such as when he said, ‘if you’re not sure of the result, repeat the work‘, and ‘if you don’t have the time or resources to do so, drop the whole thing or pass it on to someone else’ (pages 238-239 and 85-86).

A consequential theme which the author underscored is the requirement to be honest at every stage of the scientific process particularly because the aim of science is ‘above all in pursuit of truth‘. Acknowledging that all scientists make mistakes, he reassuringly pointed out that the scientific community forgives publicly corrected errors that are made in reporting findings or in making conclusions. He however warned that ‘never, ever will fraud be forgiven’, stressing that the penalty for scientific dishonesty ‘is professional death: exile, never again to be trusted ‘(pages 239-240).

This book, written by a foremost non-medical scientist, spells out in simple and illustrative prose the requirements and advantages of a career in science. Drawing from a lifetime of research work, the tips and recommendations the author makes are grounded in the lived experience of a wide variety of laboratory and field work. Whilst most of the experiences he relates concern his own field of expertise – the study of ants – the general principles and lessons he imparts apply to all scientific endeavours.

This pleasurable excursion reveals the full spectrum of a life in science drawn from a long research career. The advice the authors offered, and the cautions he outlined, are invaluable for anyone embarking on the research pathway. The anecdotes he narrated illustrated the passion and hard work that science require, but they also highlighted the benefits that such work confer, not just on the scientist, but on society as a whole. The lessons in the book, as general as they are, have validity for healthcare research, and I recommend it to all doctors.